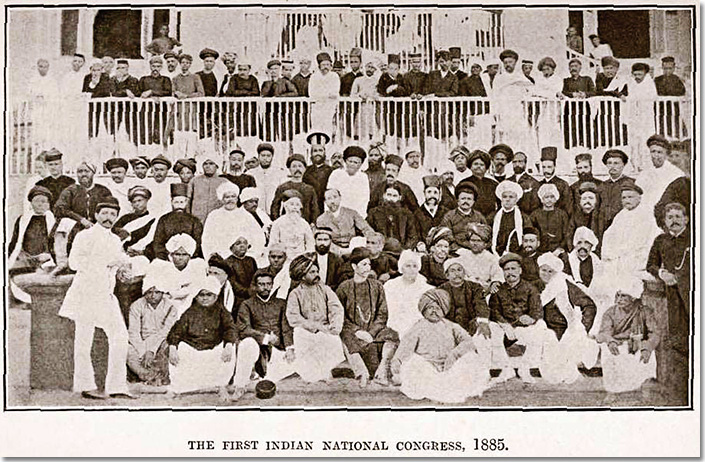 In Ambedkar’s book What Congress and Gandhi Have Done to The Untouchables details the history of the Indian National Congress and their relationship with Dalits and Dalit issues. The Indian National Congress is a political party. Ambedkar ran the opposition party called the Indian Republican Party, which he named after the American political party that freed the slaves. The book provides a history and contemporary analysis of the Congressman.

The Indian National Congress (Congress) formed in 1885. Their main goal was to lobby for the full independence of India. Initially, Congress wanted to address political and social issues. However, the two goals often contradicted. When a social issue was championed people of different castes would be set against each other. The disunity weakened the party’s efforts for Indian independence.

There were two schools of thought on the subject of social reform. The first was there needed more equity in Indian society, but the political realm is not the place for it. Individuals and community organizations can improve the plight of the downtrodden. The second was that no social reform is needed at all. Over the years, Congress became less and less interested in social reform, and the subject had not been raised from 1895 to 1917. The Indian Social Reform Party took up social reform outside of Congress.

In 1917, the Depressed India Association gathered in Bombay to pass a resolution to the British government. The Dalit leaders created a resolution that stated India should not receive Independence until Depressed Classes have full rights. These rights would include access to public facilities such as schools, roadways, and water sources. Dalits should also have proper representation in government and legal protection from discrimination if Dalits don’t have full citizenship, then India should stay in the hands of the British. The Depressed Classes pledged loyalty to the British Crown before all other entities. If the Depressed Classes supported Congress’s plan for independence, Congress would have to take their issues seriously.

In response to Dalit’s First Resolution of Loyalty, Congress had to pass the 1917 resolution to improve the lot of Depressed Classes. Congress’s response was to declare that India can’t be free while oppressing its citizens.

Gandhi joined the Indian National Congress in 1919 and completely overhauled it. When he entered, it was a gathering of intellectuals that would pass resolutions and wait for the British government to act on them. Gandhi instituted an overhaul in 1922 called the Bardoli plan.

The Bardoli plan expanded membership to anyone in India for a small fee. Once membership grew to 10 million, they can advocate for the use of the spinning wheel instead of buying foreign cloth, alcohol temperance, and community-led conflict resolution. There was an effort to improve the social condition of depressed classes as part of this plan.

In two interviews in 1920, Gandhi expressed his view on the communal question. He expressed fear that the Dalits or any community asking for help from the government would be moving from the frying pan into the fire. When the government gives aid they do it to manipulate the group against the rest of India. Gandhi references Muslims and Sikhs as examples. Many Dalits wish to convert, but conversion is only a matter of the heart and has no bearing on one’s physical condition. He encouraged Dalits to aid in the effort of independence and that many in Hinduism are pushing for reform. The oppression of Dalits hurts the case for Indian independence. If Untouchables enter the cause of Swaraj, they will be more than welcome.

Congress did state they would work to improve the life of Dalits. However, little was actually done. One of the Dalit’s most staunch allies in Congress, Swami Shradhanard resigned due to Congress’s inaction. In May of 1923, Congress official requested the Hindu Mahasabha take up the issue of removing Untouchability. The Mahasabha was especially unequipped to handle the communal question. They formed as a militant response to Islam’s growth in India. The communal question would not become a priority again until after the Poona Pact of 1932.

On September 30, 1932 Congress established the Harijan Sevak Singh. The name loosely translates into the servants of the untouchables. In the official mission statement the founders are clear the goal is not to end untouchability. Instead they seek to improve the life of Dalits without rattling the social order.

Harijan Sevak Singh or Singh for short embarked on a program to improve public facilities for Dalits. The Singh supplied and aided clinics reserved for Dalits. There was also a campaign to improve water wells that Dalits were allowed to use. Scholarships were given to Dalits for high school, trade school and college. Many Dalits did benefit from the Singhs program.

Even though there was benefit to the program there would always be serious disparity if all public facilities were not open Dalits. There is no such thing as separate but equal. Those in power will always fund their facilities before the facilities of the downtrodden. There were Dalits on the board of the Singh when it began. However, once years passed and the mission never grew to include Dalits in the normal functioning of society, the Dalit leaders left. Gandhi never found replacements and said his reasoning was the curse of untouchability is the responsibility of castemen to end.

Untouchability was not a priority of Mr. Gandhi during the height of his civil disobedience campaign from 1922-1941. Congress boycotted the British government and goods. He was tried in 1922 for sedition and sentenced to six years. He was release in 1924 due to illness. There was a six year effort that began in 1935 to win access to public wells and temples. However, Gandhi never used civil disobedience against Hindus. The effort changed to simply improving water sources already segregated for Dalits. As far as temples, 142 were opened to Dalits. But of the 142 temples 121 were owner less, essentially Dalits were granted access to temples no one else wanted.

During Gandhi’s civil disobedience campaign, Ambedkar was agitating for access to Chawdar Water Tank in Bombay. The most famous of Ambedkar’s acts of defiance of caste rule happened when he gathered a group of Dalits to drink from the water tank in 1927. The Bombay campaign of 1927 included access to other public facilities such as schools. Ambedkar did reach out to Gandhi’s organization Harijian Sevak Sangh and they did nothing. In fact, they aided the Hindus in blocking legal adjunctions by the Dalits.