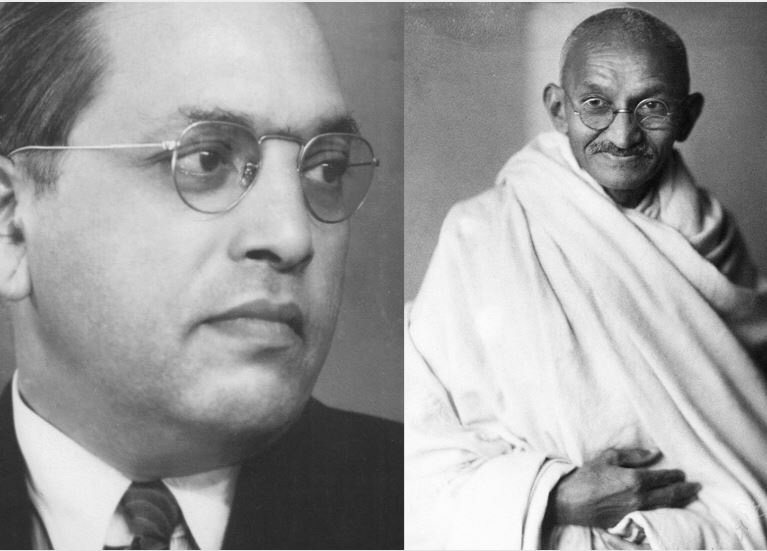 Gandhism is the name given to the philosophy of Mr. Mohandes Gandhi. He never admitted to fathering a new philosophy, but also didn’t object to the publication of books entitled Gandhism. Ambedkar used Gandhi’s speeches, published interviews, and the book Hindu Raj to define Gandhism.

The return to the village and ancient life served as the center for Gandhi’s philosophy. It was not a plan for modernization. He was only against the caste system due to its complication and formation of hundreds of castes. Gandhi supported the Varna system that had only four castes: Brahmin (Priest), Kshatriyas (Soldiers), Vanias (Retailers), and Shudra (Menials). Those without Caste, Dalits, would be added as a fifth caste. There would be no untouchability observed. So if someone interacted with Dalits, they would not need to be cleansed. Dalits would keep their hereditary occupations, including sewer cleaning. So Gandhi was for the replacement of the caste system with the Varna system. He did not support the equality of Dalits.

The varna system is superior to the caste system because it prohibits no caste from learning or conducting any tasks. It only prevents one from earning a living in any other profession than that prescribed by one’s caste. Because no one can change their profession, there is no reason for class war or struggle.

Gandhi is opposed to unionization or collective bargaining in anything other than extreme circumstances. A strike should happen only with a “real” grievance. Those participating in the strike should live on savings or temporary work. They should not ask for donations or charity. Also, they must make their minimum demand know from the beginning of the strike. So with criteria such as these, it would be challenging for unions to be effective.

The overreach of capitalists was common. Gandhi admitted this. However, he thought workers should show restraint when addressing these grievances. The use of violence was out of the question. The laborers should remember that the capitalists have strength and intelligence. Their guidance was vital.

Machinery is another evil in Gandhi’s view. It removes man from his work, making the body idle. He also said “I would not weep over the disappearance of machinery or consider it a calamity.” If people serve in their caste profession, there will be more than enough labor and no need for machinery.

If India adopted Western values, their culture would dissolve. In Europe, the is suspicion around all the interactions between groups. Workers distrust company owners. French distrust English. Catholics distrust Protestants. Almost all members of Western Civilization are miserable. Indians must hold on to their culture not to be swept up in misery.

Ultimately, there is nothing wrong with the disparity in Indian society, only the perception of disparity. Instead of being angry that Shudras can’t accumulate wealth, praise the Shudras for not being materialistic. Instead of being jealous that only Brahmin can make a living in academia, say that they were the burden of becoming learned for their people. Most importantly, the Dalits profession of manually cleaning sewers was the noblest profession of all. This profession was ordained by divine fate as all others were. Never mind if most Dalits hated the job or had potential far greater than scavenging.

Ambedkar rebuts by making clear that caste divisions are more stringent than class divisions. Caste is the complete separation of individuals by birth. There is no way to improve one’s lot in the caste system. One can work hard and climb socially in Europe. Forcing people to hold an occupation by birth is an anathema to an industrious society.

The main discrepancy between the philosophy of Ambedkar and Gandhi is :

“Is it natural that a group of people solidify to govern society in perpetuity?”

“Is the creation of a ruling class the result of a dysfunctional society?”

Ambedkar emphatically sides with the latter. There needs to be a specific plan of redress to funnel resources into underprivileged communities. Gandhi only wanted to lessen the burden of the servile class while keeping society stratified.