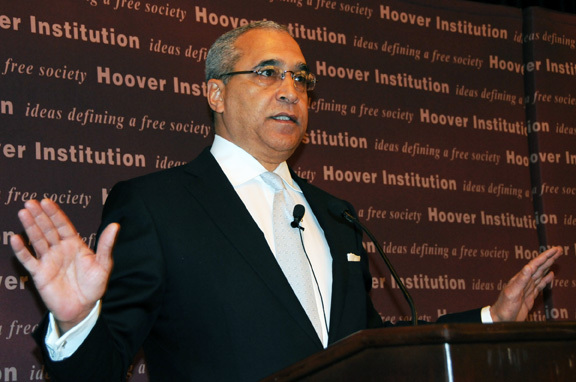 Shelby Steele perceives modern day America as not endemically racist. He admits there are a minority of racist people and sometimes they commit crimes against minorities. However, a person’s race does not explicitly stop them from achieving a goal. Therefore the effects of racism are minor. Strong work ethic and ingenuity can overcome all obstacles.

Racism still exists in America. Steele recounts in his work various instances of harassment and bigotry. To list a few:

However, none of this ever stopped him from attaining goals. There are no laws specifically keeping black people from applying to school or a job.

After the victory of the Civil Rights Movement in the mid-1960’s the struggle took a dangerous turn. Once the Jim Crow laws were removed, the struggle was over, yet the black leaders still wanted power. They used a claim of victimization to get preferential treatment from the government

On an individual level victimization can lead to suppressed feelings of self-doubt. Steele recounts the story of a black student walking into a class full of whites. The student told Steele that he felt uncomfortable “Because I know they’re all racists. They think blacks are stupid.” Steele illustrates how this is a projection and most white people are not racist. The student has internal questions about his ability that he is projecting onto other students. This projection is the result of him repressing his feelings of inadequacy. If the student were to admit he has questions on his ability he could work through these feelings and be happier.

Victimization also causes black America to act as a “one-party” state. If a person has a political ideology that is not based on victimization or blaming the white man they are perceived as an Uncle Tom. By impeding healthy political dialogue real solutions are lost or not brought to light. Black conservatives are liberal, in that, they challenge the usual dialogue or paradigms on politics within their community.

The real solution to racial disparity is Flat Freedom. Flat Freedom would entail no preferential treatment for anyone. He explicitly calls for the end of Affirmative Action. However, he does not explicitly call for laws against nepotism, the end to legacy admissions in elite universities, or leniency due to hardship in college admission. He does recommend that discrimination laws be changed from civil offenses to criminal offenses. As it stands now if a company loses a discrimination case they pay a relatively small fee to the person that won the case. Typically, the person that filed the lawsuit is blackballed from the industry because the case is public record. As the law stands now, a company can discriminate and expect to pay a settlement every few years.

Preferential treatment does not uplift black people or pay off the debt of Jim Crow and slavery. It does increase white anger at black people. Even after concessions are made to help black people, blacks still charge whites with racism. The continued charge of racism angers white people as they are collectively considered the scapegoat for the ills of black America.

Once black people began to assert power solely based on skin color, other “disadvantaged” groups followed suit. Women, Hispanics, and Asian also get preferential treatment due to attributes they did not earn. In academia, many departments are solely based upon differences, such as African- American Studies and Women’s History. These departments add to racial tensions not take them away.

The election of Donald Trump was the backlash from many years of scapegoating. Donald Trump’s vitriol is an expression of white people’s anger at being stigmatized as racists. Trump’s rhetoric is a response to years of racial discussions not being related to facts, but a battle of identities. Trump represents the universal American identity. He is not partial to any small demographic or particular interest group. “America First” is Trump’s motto.

Donald Trump’s success is due to his charisma, more than actual qualifications. Trump represents the antithesis of cultural and institutional liberalism. Hopes and dreams are the basis of liberalism. Pragmatic individual responsibility and discipline are the basis of conservatism.

Much of the anger black people feel now is suppressed anger. As with abused children, anger only manifests itself after a period of normalcy without abuse is established. Black people are experiencing this on a macroscopic scale now. When black people vent about racism, it is an upsurge of anger collectively hidden for so many years.

Blacks should commend whites for how far they have come in embracing racial reconciliation in a short amount of time. Very few other countries have ever even attempted to redress past wrongs. The Russian’s never paid the Georgians reparations or gave them jobs. Steele recounts many instances of whites helping him professionally.

Ultimately, the focus on improving the black community should be on personal responsibility. The entitlement culture is a distraction, and a way to abdicate responsibility. Once the entitlements are removed, black America will have to look internally for solutions. Individuals will improve themselves and rise above other applicants. Black America will “catch on fire.” The renaissance will not be the result of helping the collective, but individual achievement reaching a fever pitch.

Strategies to Maneuver in a White Dominated Society

Two strategies for dealing with white America according to Steele’s work. The “bargainer” and the challenger. The “bargainer” grants white America their innocence from oppression in exchange for entry into the mainstream. The “challenger” withholds this innocence until a demand for entry or another concession is met. Black people that adopt both strategies have made it to the highest levels of society.

In the “challenger” camp we have people like Michael Eric Dyson. Dyson acts as a provocateur stirring up negative sentiments in black people. He tells black people not to have faith in America and be suspicious of white people. The focus of Dyson’s rhetoric is what white people owe you not on what you can do for yourself.

In the bargainer camp, he puts people like Bill Cosby. His flagship show “The Cosby Show” never challenged white authority. The Cosby’s never discussed Affirmative Action, police brutality, no one ever endured racism. All the characters were fun loving and jovial. The television programmed showed black Americans thriving, without having any uniquely black issues raised.

Obama is the most famous and successful “bargainer.” Obama puts forth a non-racial image that conforms white people. He says to them implicitly “I will not hold a racial grievance against you.” The ability to absolve white people allowed him to get elected. His racial idealism is what makes him an electable candidate. hi. Obama had ambivalence for American exceptionalism and felt the full use of American military power was “neo-colonialism.”

Obama did have missteps in keeping his non-racial image. The Skip Gates controversy pulled Obama into a racial narrative. Skip Gates is a famous Ivy League professor that was arrested in his own home when neighbors called the police. Gates assumed with no evidence the police officer asked for his ID because of his race. Gates chose to make the narrative public and ask Obama for aid. Obama made a mistake by getting involved.

Jesse Jackson is an example of a person that moves back and forth between “bargainer” and “challenger” positions. One minute he is giving magnificent speeches at the DNC reminiscent of Dr. King. The next he threatens to boycott Major League Baseball and refuses to denounce Louis Farrakhan. White people do not know how to take him. They assume he is a “challenger” by instinct and a “bargainer” by political ambition.

However, some black people are truly independent. Harold Ford Jr. is an excellent example of an independent black thinker. Ford was a congressman from Tennessee. He did not use race in his politics and chose policies that were best for America.

Steele compares the protest that Black Lives Matter sponsor against the protests of Dr. King. He explains how Dr. King’s protest had people coming in more significant numbers and they were respectably dressed. Black Lives Matters protest were disruptive with people dressing and acting erratically.

Many of the leaders that support Black Lives Matter and other forms of “identity politics” are a bane to their people. They preach bad faith, more specifically to distrust white people and mainstream America. This distrust will impede progress because individuals will be suspicious. The suspiciousion will keep them from taking risks necessary to enter mainstream society. The distrust is more of a hindrance than any racism they will face. The leaders know this and purposefully repeat the “bad faith” narrative for personal gain.

White guilt not only cause society to take half-measures to fix the actual race problems in America, but it also causes the US to take half-measures in foreign policy. America has the greatest military in history. If the full power of the military were unleashed on Iraq, the resistance would be over in no time. America holds back so the world will not see her as a monster. In the same way stories of Abu Ghraib and Guantanamo are portrayed by the media as brutal. The line between interrogation and torture is an arbitrary one and is often crossed in times of war.

The wars that currently involve America are wars to hold the status quo in regards to world power. Wars in previous years, such as World War II, were a fight for the survival of the Western world. Because the wars are wars of choice, the public has less stomach for the military using its full might. The public needs to realize the need to end radical Islam once and for all.

Radical Islam is not fighting the West because of oppression and colonization. They are angry they cannot compete. If oppression were the cause of radical Islam, peace deals from Israel would reduce suicide bombings and attacks. Extremism is a product of post-colonial Arabia. After the Arabs freed themselves, they realized that their countries were woefully behind the rest of the world. The anger from not being able to compete caused extremism. To quote Steele directly “Islamic extremism is the saber-rattling of an inferiority complex.”