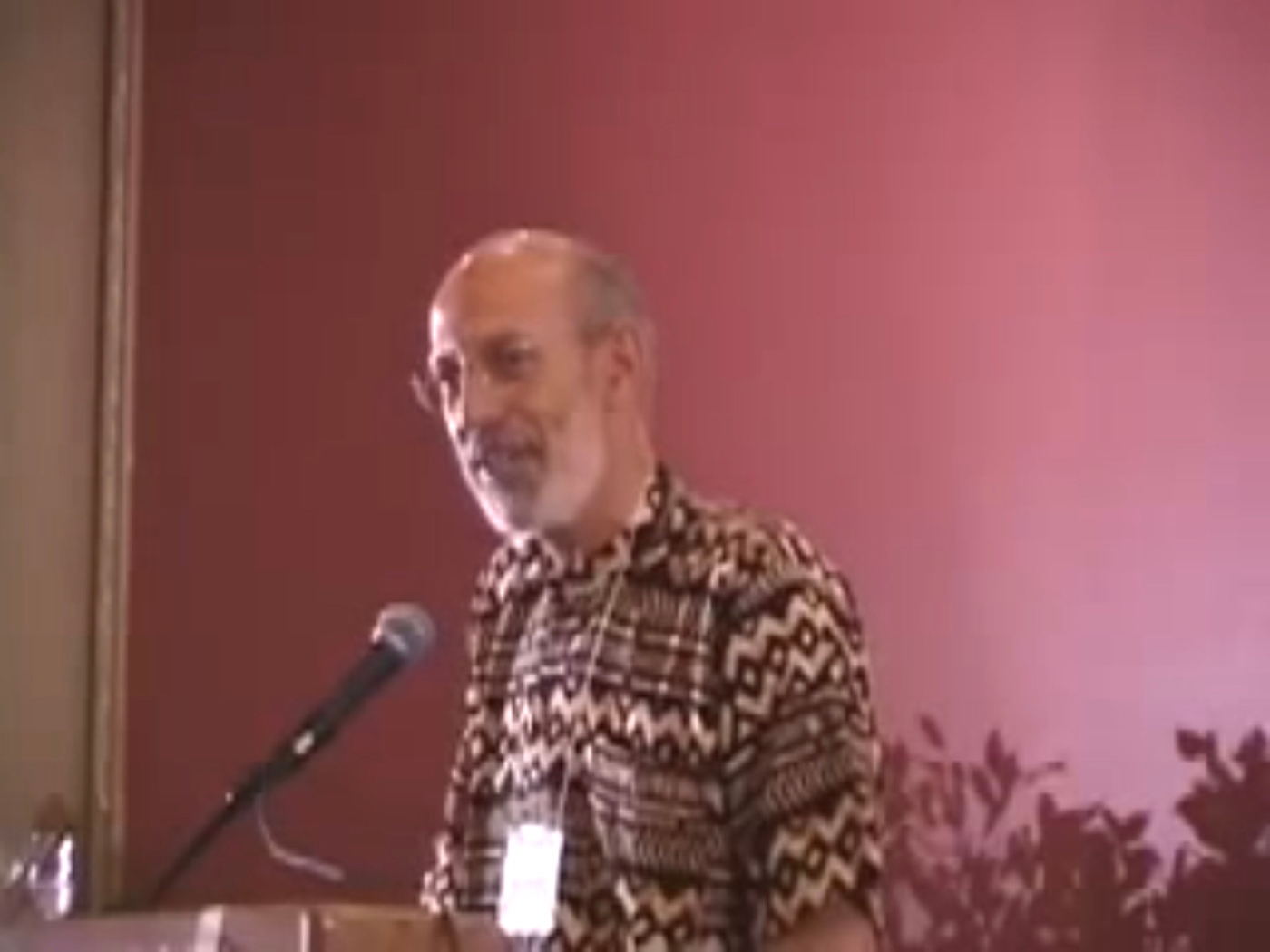 The hallmark of the Yellow meme is the ability to understand that people naturally progress in life in stages and meet people in their current stage. Dr. Cross developed an ethnic development hierarchy that is very similar to Spiral Dynamics. Even though his scope focused on African-Americans, the framework has been used to understand many identities better. As his work developed, he moved from the position that some stages are pathological to the belief there are healthy versions of all stages. He also discusses regression in the face of adversity.

Similarities between Spiral Dynamics and Nigrescence

Frequently, Integralists view race as an arbitrary social construct. Dr. Cross doesn’t talk about race, which is the idea that people from the same area are genetically linked, and these links create similarities in ability and personality. He talks about ethnicity, which is the idea that people from a similar lineage have similar experiences and position in society. Ethnicity is something that can be verified and explains how changing environment can have a positive effect on a person life. By concentrating on ethnicity, he can talk about the unique experience of being black without delving into racist ideas of superiority.

Example of this is his thoughts on criminality in the black community. Dr. Cross first explains the similarity in black gangs and gangs of other oppressed groups. Before the New Deal, Italians and Jews formed gangs and other criminal organizations. When mainstream America prevents a group from operating in the economy, the oppressed group create an underground economy. Therefore, the solution is to find ways to reduce discrimination in the marketplace.

Another example of Dr. Cross’s Integral view of problems in the black community is his view of the disparity in education. He begins the conservation by talking about the greatest achievement in American education, the teaching of former slaves. After the Civil War, former slaves created a network of Sabbath schools. The system was nationwide two years after slavery. By 1900 illiteracy in the blacks under 40-year-old was non-existent according to the University of Illinois. Dr. Cross said if blacks had been allowed to explore their natural curiosity, we could have been just as successful as any other ethnic group.

Even though Dr. Cross doesn’t use Wilber’s four-quadrant terminology, he has a four-quadrant view of social problems and solutions. He doesn’t assume blacks are destined to become super-predators because of culture or genetics. He also doesn’t blame everything on slavery or evil whites. He looks at all the factors of a problem for a better understanding. His better understanding leads to advocating for practical solutions and not merely eternal blaming.

How does William Cross not find the Yellow meme mold?

He is by no means an individualist or preferential to independent study. He said in his talk on collaboration that his last book Shades of Black(1991) would be his last solo work. Ideology is something that infects everyone’s decision making. The only way to catch and understand one’s blind spots is to work with those that do not agree with you.

Dr. Cross criticizes mainstream psychology for being too individualistic. The focus is on attaining personal happiness which is contingent on building proper bonds with parents, life partner, and children according to Dr. Cross. Since there are few opportunities to develop these bonds for personal happiness most will not find it. It is more important to build and aid one’s community. Most people will have more salience with people of the same ethnicity because they share the experience. By wrestling with the issues surrounding a particular identity one can contribute to society and help create more well-adjusted people. Personal happiness could not affect the surrounding community or building a better world.

The other way that Nigrescence is different from Spiral Dynamics in that there is no oscillation between collaborative stages and individualistic stages. Ethnic Identity Development focuses on how a person relates to others in his ethnicity, the stages are all collectivist.

The world nor black America are in crisis or on the verge of collapse, according to Dr. Cross. He made clear that black people have lived and thrived for hundreds of years before psychology or ethnic development theory. He approached his work with the attitude that he can learn as much from black people as he can teach. This perspective allowed him to value input from people at all education levels and socio-economic backgrounds. Traditionally, Yellow meme individuals want lean information from sources they feel are “in the know.”

What can’t be determined?

One can not determine if he has any fear or shadow controlling his decisions. To know his shadow, one would have to work with Dr. Cross over an extended period. However, one can assume that Dr. Cross’s success in founding the field of African American Studies shows he more than likely isn’t suffering from serious shadow issues.

YOU CAN RETURN TO THE SERIES HERE 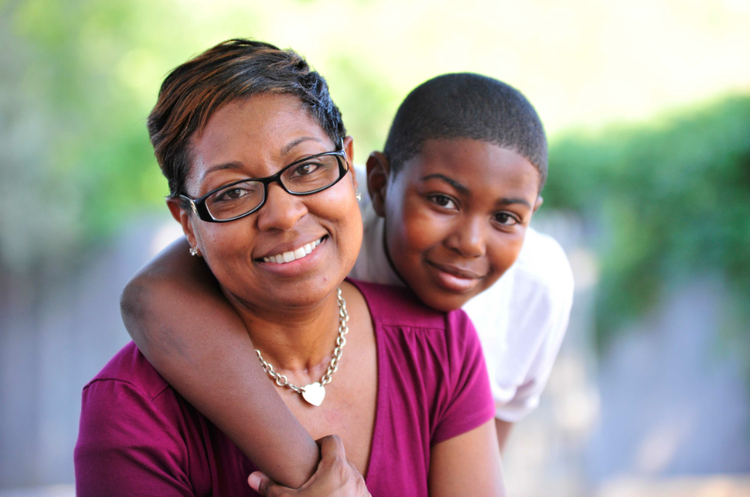 I want to start by saying I am not detailing problems unique in the black community or saying black people suffer from this pathology more. However, I will say that enmeshment coupled with economic disenfranchisement causes a different manifestation of enmeshment. This article will detail how I have seen this issue play out over time.

Enmeshment, also called emotional incest, is when a parent uses a child for emotional support in a way that is normal for a husband or boyfriend. The parent typically takes an opposite sex child and elevates them above their romantic partner. Due to this elevation, the child will have issues in his or her future romantic relationships. Enmeshment will manifest itself in a child with an irrational avoidance of intimacy or irrational need to rush intimacy in the child’s adult life.

Due to the system of economic disenfranchisement, black people have a harder time gaining employment. These financial stresses result in relationship difficulties in the black community and relationship failure. According to the Bureau of Labor Statistics, the unemployment for black men aged 20 – 24 is 17.2% for whites in the same age range it is 7.9%. For black women aged 20 -24 the unemployment rate is 11.6%, and white women’s unemployment is 6.3%. On top of having a higher unemployment rate, the jobs black people get lower paying. According to Brandeis University research the median income of a black family is $36,000 a year and a white family is $60,000 a year. Overall household wealth is the most tragic statistic. The average black family has $6,500 of wealth, and a white family has $91,000 of wealth.

The lack of money in the community causes fewer people to be financially prepared for marriage or a stable long term relationship. Even if a person’s long term relationship failed due to a non-economic reason such as cheating, the root-cause was a lack of financial resources causing strain in the marriage and resulting in arguments. A person might act out violently or sexually, but the underlying cause is still economical.

Economic problems aside, when a black woman does not have a romantic companion she does not have an emotional outlet or financial supporter. This lack of support leads to looking for support from sources that are not healthy. These non-healthy sources could be predatory religious organizations, predatory social groups, or men that are not emotionally stable. The worst source of emotional and financial support is their sons.

Enmeshment from an emotional aspect will include a mother telling her son aspects of her romantic life that he does not need to know. It is rare that a mother will tell her son about who she is having sex with or what is happening sexually. However, it does happen. The most common way emotional enmeshment happens is by berating and insulting a boy’s father in front of him. A boy sees himself as his father and an insult to his father is the same or worse than abusing the boy. Also, if a boy loses respect for his father, he will have no role model for his development. The boy will not be grounded in anything. The media’s perception of a black man will have complete control of the son. Diminishing a boy’s image of his father will destroy a boy’s core self-esteem.

Using a son as an emotional sounding board is another form of emotional enmeshment. A woman should not talk to a son about how hard it is to find a man and details of why her past relationships did not work. A son does not need to know if his mother is insecure about her body or if the mother is uncomfortable around men for any reason. A son should be aware of nothing about a mother’s dating life.

A son’s need to financially support a mother is a paradigm more prevalent in the black community than the white community. Most black athletes in interviews talk about how they were able to buy their mother a house. Rarely does a white child say they had to or they wanted to buy their mother a house. The overall wealth of white people reduces the likelihood of a son needing to support the mother financially. It is far more likely a white woman will find a man that is financially stable or have a financially stable family member help her in hard times.

The financial and emotional aspect of enmeshment come together in a mother being overly invested in her child’s success for the purpose of her future economic benefit. When a mother pushes her child to be successful in school or sports, so he will one day the son financially support her, she will cause numerous emotional pathologies around that activity. A son will feel his essential manhood will be in question if he fails at school or sports. His core self-esteem will be tied to obtaining a goal that is very unlikely. If the son fails to attain the goal he could go into a severe depression.

How a mother can avoid enmeshing their son

The obvious methods to avoid enmeshment is proper family planning, building same sex friendships, and proper money management. There is a ton of information online to improve these areas of your life. The construction of same-sex friendships is the most important. If a person has friends of the same-sex, they can vent in a healthy manner. People with numerous same-sex friendships are more likely to have better romantic relationships because they are not expecting the romantic partner to fulfill them totally. A large part of having a healthy relationship is setting realistic expectations.

The less obvious method to prevent enmeshment is to evaluate the criticisms of their children. When children are coming up, they will make many unreasonable requests or get emotional when they do not get what they want. Children’s unreasonable request cause parents to write off whatever they are saying as irrational. If a child is expressing anger toward you for being emotionally draining listen with compassion. Often mothers attack sons when the sons criticize them. Normally, the mother accuses the son of being ungrateful. The mother then lists everything she has ever done for her son and remind him of all his failures. If a son’s frustration is not validated, the son will group up to repress his negative emotions around women. The repression of emotion will lead to horrible relationship dynamics in a child’s future.

Again, this article is not saying enmeshment is more prevalent in blacks. However, there is a peculiar manifestation in Black America. Also, the psychiatric community is not studying this phenomenon in black people closely enough. The purpose of this article is to get people talking about this issue. Enmeshment is a key contributor to relationship failure, and black people must understand enmeshment to have healthy relationships.