Stride Toward Freedom: The Montgomery Resolution 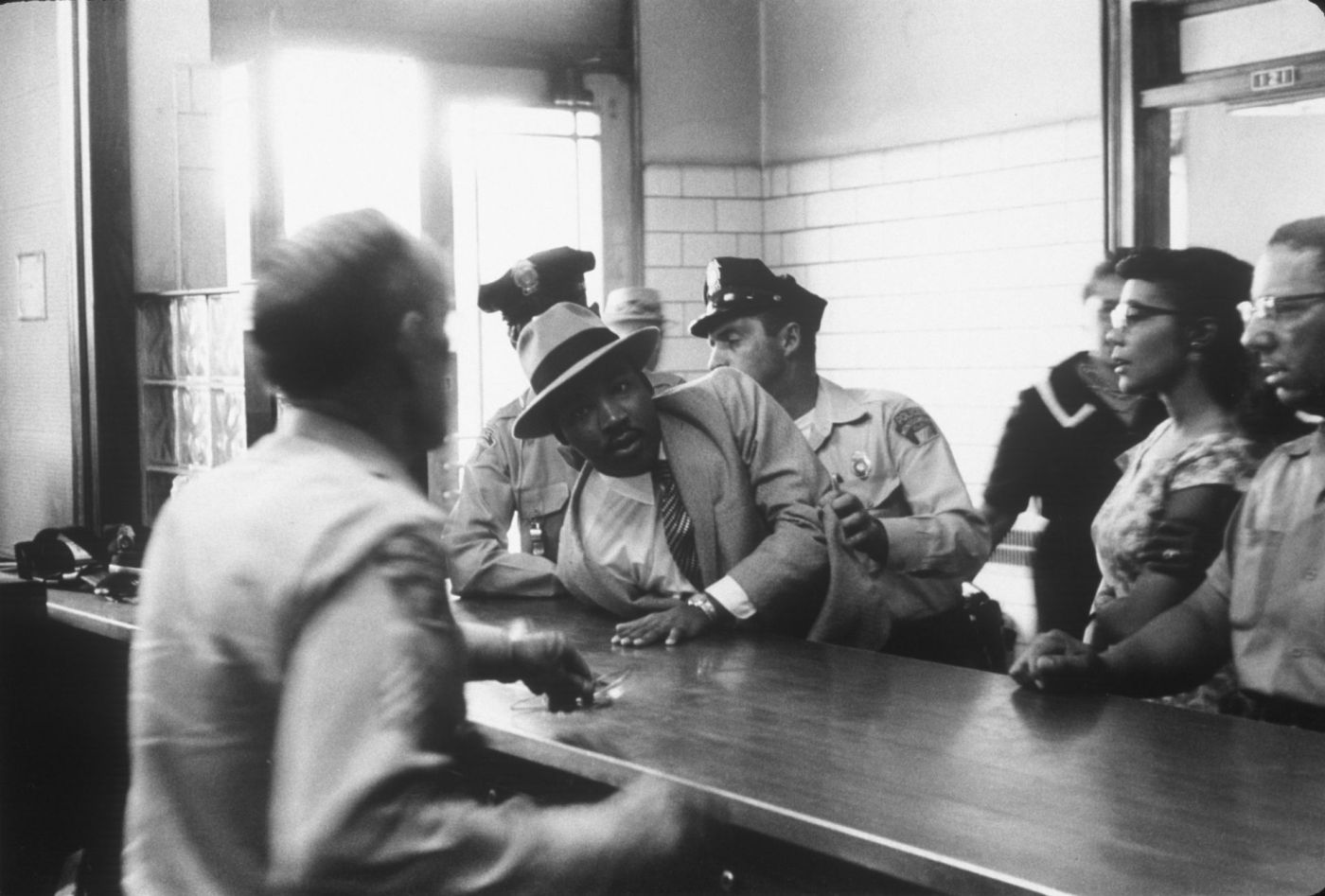 The first attempt to resolve the bus boycott happened on December 7, 1955. City leaders met with members of the Montgomery Improvement Association (MIA). MIA listed their demands as:

MIA decided to go around the city government. A private company out of Minnesota, National City Lines owned the Montgomery bus lines. That company owned and operated buses in several cities that were segregated and unsegregated. King wrote a letter explaining MIA’s position. The company responds by dispatching a vice-president and two other officials to Montgomery.

A second meeting commenced on December 12, 1955. MIA realized that demanding black drivers to be hired was not feasible. The third demand was changed to accepting applications from black bus drivers. When a vacancy arose, the company should hire a black driver. The next meeting had three representatives from the bus company, a mayoral delegation that included two black people, the mayor, and leaders from MIA.

Once the meeting started the vice president of the bus company sided with the mayor in favor of segregation. The stance of the VP surprised King because he seemed sympathetic to MIA’s cause during phone conversations. The mayor proposes that a small delegation be created to arrive at an agreeable compromise. The proposed delegation would have ten members, seven from the mayoral committee that included two black people and three members of MIA. Of course, MIA would not agree to this. The group settled on ten members of the mayoral committee including the two black people invited by the mayor and six MIA members.

The mayoral committee purposed that the buses have the first two rows of the bus reserved for whites and the last two for blacks. There would be a sign denoting both sections. Neither race could have more than eight seats reserved at any time. The middle seats would be temporarily occupied until the a passenger of another race comes in and needs the seat.

MIA, of course, rejected this proposal. Having racial signs on the bus would be humiliating. It was a step backward. One of the attendees proposed they reconvene after Christmas. The mayor committee recommends MIA call off the boycott as a sign of goodwill. Neither resolution was passed.

King had to get to work quickly to get the word out that the story was fake. He also had to find out if some MIA members or other black preachers had undermined the group. All MIA ministers had to tell their congregations that the boycott was still on and the article was fake. King set out Saturday night to tell the black folks that frequent bars and night clubs. The article was set to release Monday. All of black Montgomery continued the boycott next week. All the ministers in Montgomery denied cutting a deal with the mayor.

Now that a resolution could not be agreed to outside of court, the only thing left was a federal lawsuit. The case went to the district court on May 11, 1956. In a 2 -1 decision the court declared that bus segregation was unconstitutional. The city official appealed to the Supreme Court.

The city filed a motion calling the carpool created as an alternative to the bus was illegal. A grand jury indicted 100 people including Dr. King for conspiracy to sabotage a business. There was a separate case to determine if the carpool was unlawful.

So November 12, 1956, is special for two reasons. The first is the city was granted the injunction to outlaw carpool. The second was Supreme Court ruled that bus segregation is unconstitutional.

Even after the court ended segregation, the white citizens of Montgomery did not stop. The Ku Klux Klan rode that night in the black section of town. However, this time the black people were not afraid. No one shut themselves inside; they continued as if no one is there. The KKK left in disillusion.

Seven white men were arrested for a bombing conspiracy on January 31, 1957. After the arrests, city leaders determined that the bus system was now safe. A sense of normalcy was restored in the city, and the MIA was allowed to embark on new projects.

King ended the book with a list of projects to further integrate Montgomery. The plans include the city parks, minor league baseball team, and schools. He is optimistic and believes the city is changing. However, those that want justice have to keep persevering.